A short side-trip on the way to Sao Paulo took me to Foz do Iguacu to see the waterfalls. It is on the river Iguazu that separates Brazil and Argentina, accessible from both sides. 80% of falls is actually on the Argentinian side which makes them think they are cooler, but the Brazilians argue that it makes a better view from their side. I did not want to take part in this storm in a teacup, so I visited both parks… I stayed on the Brazilian side, so I had to take the bus to Argentina for one day that became a classic South-American experience. On our way back, everybody needed to get off the bus on the Argentinian border to get their passports stamped, while the bus waited (5 minutes, tops). Then just the gringos needed to get off at the Brazilian border control to get their passports stamped, and the bus left – the driver said the next one will take us. It wasn’t more than 3 minutes, especially that I did not need a stamp for some weird reason… so we waited for the next bus that never came, and after getting bored by waiting we hailed the next Brazilian bus and paid the fare again to take us to the centre. Shall I say typical…? Pretty much.

The two parks were awful, full of people, with a train on the Argentinian side that is setting world records for the slowest train ever that you cannot avoid, queues reminiscent of those at the Empire State Building. The views worth it though, after fighting my „go-home-and-google-photos-instead-for-the-post”-feeling successfully.

Let’s start with the animals: 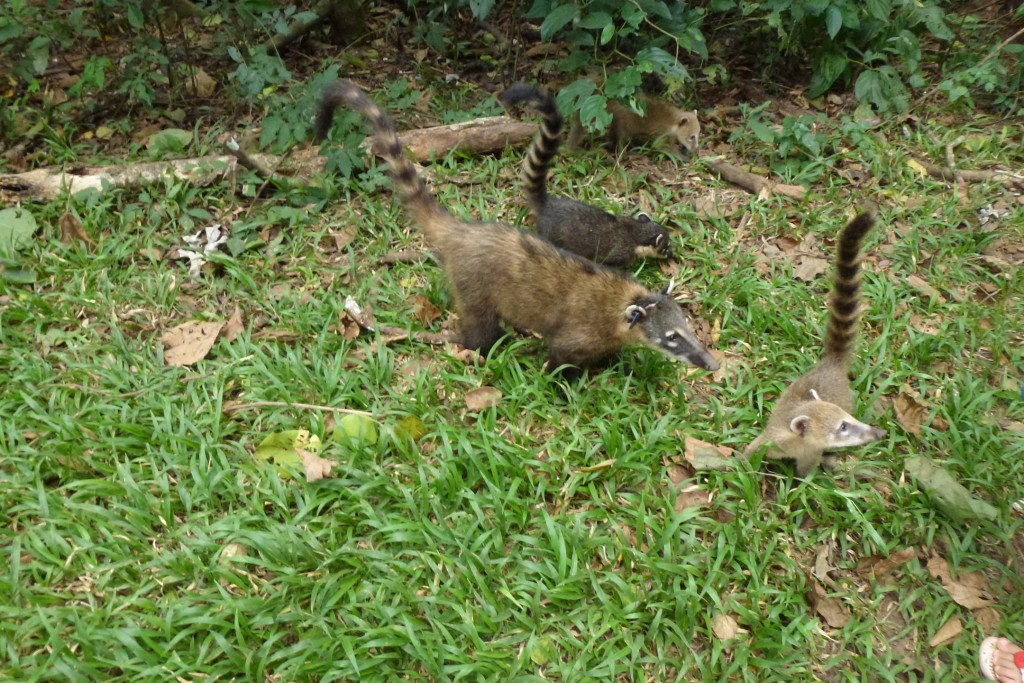 There are sign everywhere reminding people not to feed the nasuas as they will get real sick, but everybody keeps on throwing them junk food 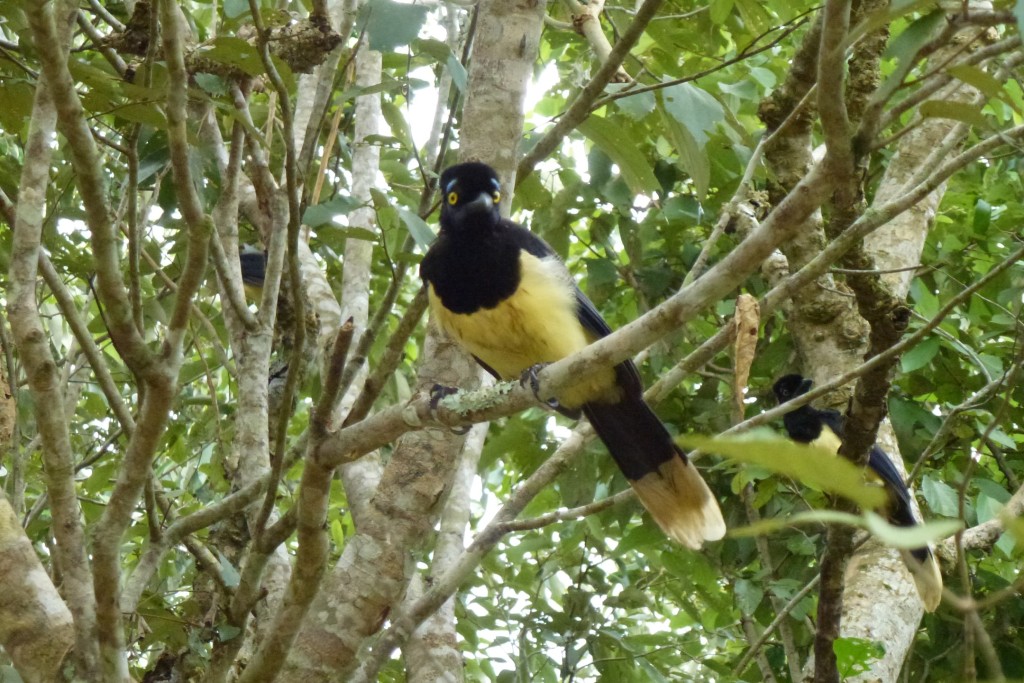 THAT face… this blue-crested jay is wondering what all these bipedals are looking at and why can’t they get the heck out of here. 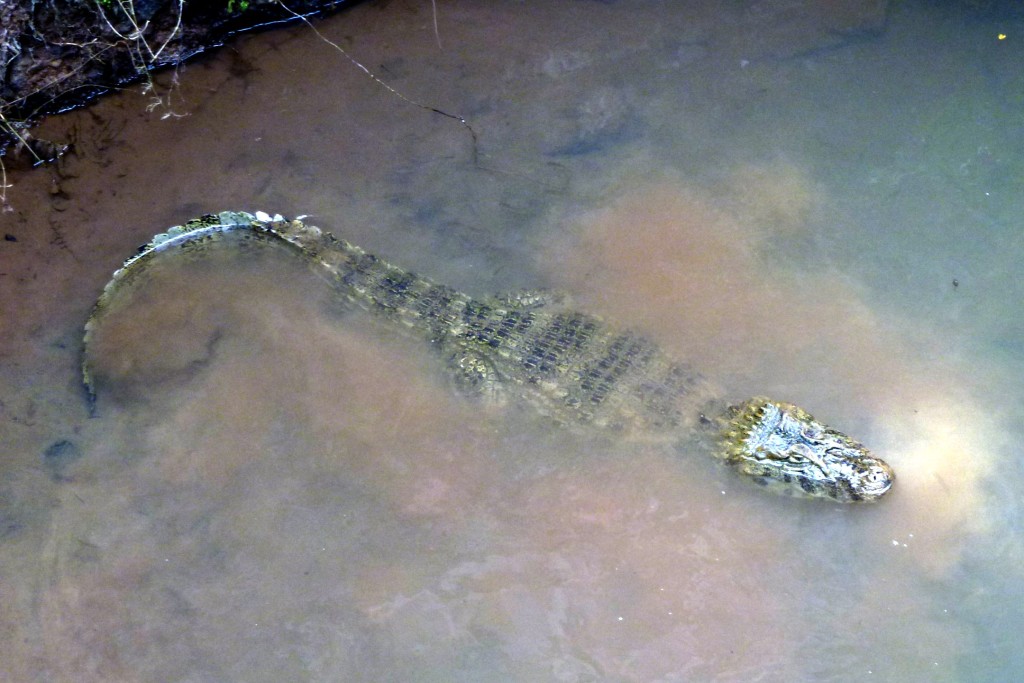 Caimans make you think twice before you get into the water 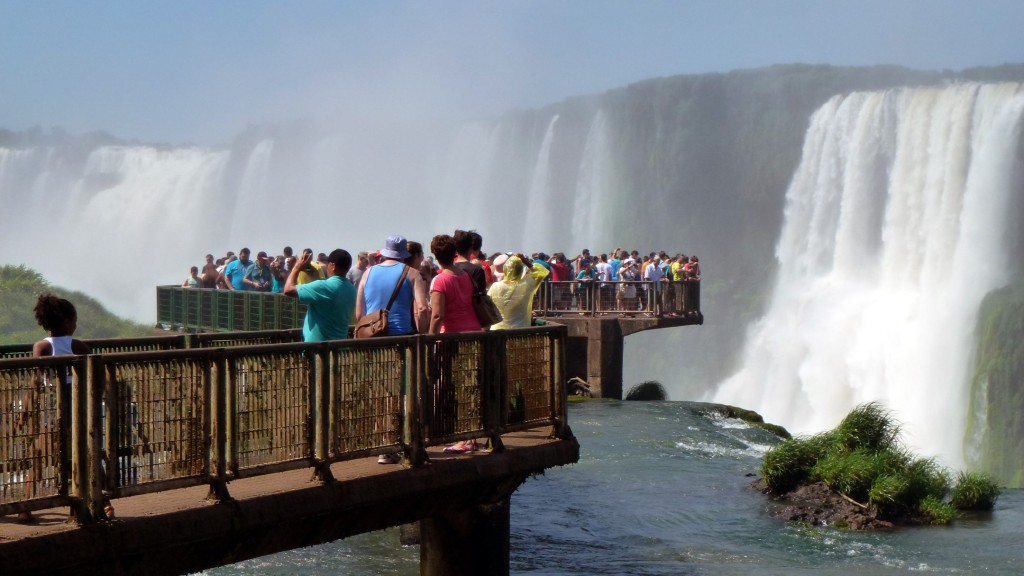 And of course these brightly coloured ones are in abundance

But all that aside, this work of Nature is stunning, so I finish up with a few photos of the falls themselves: 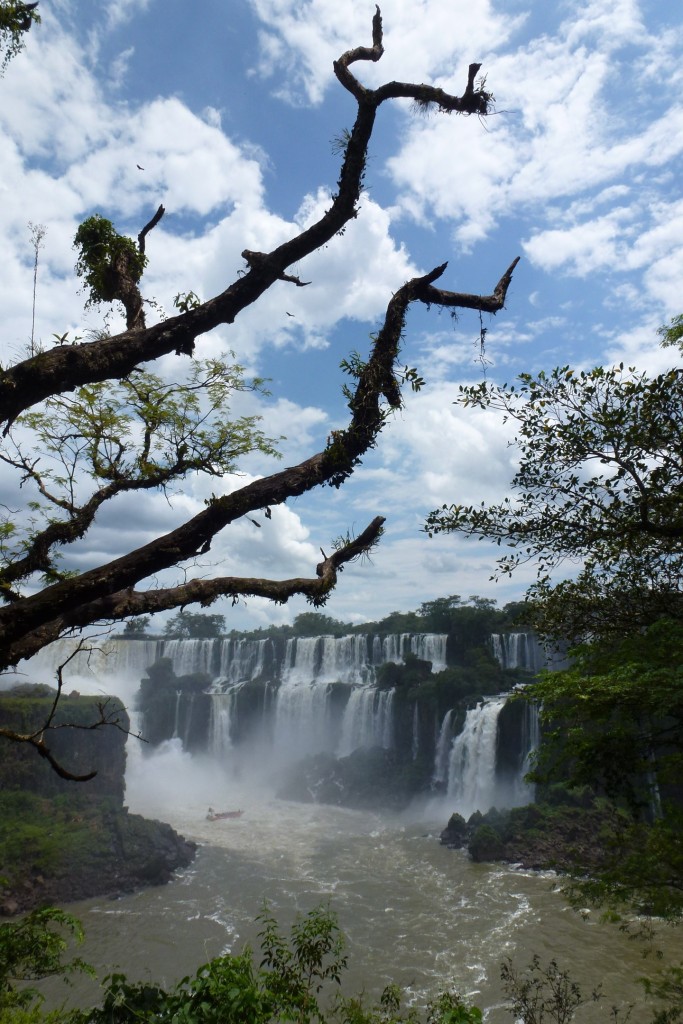 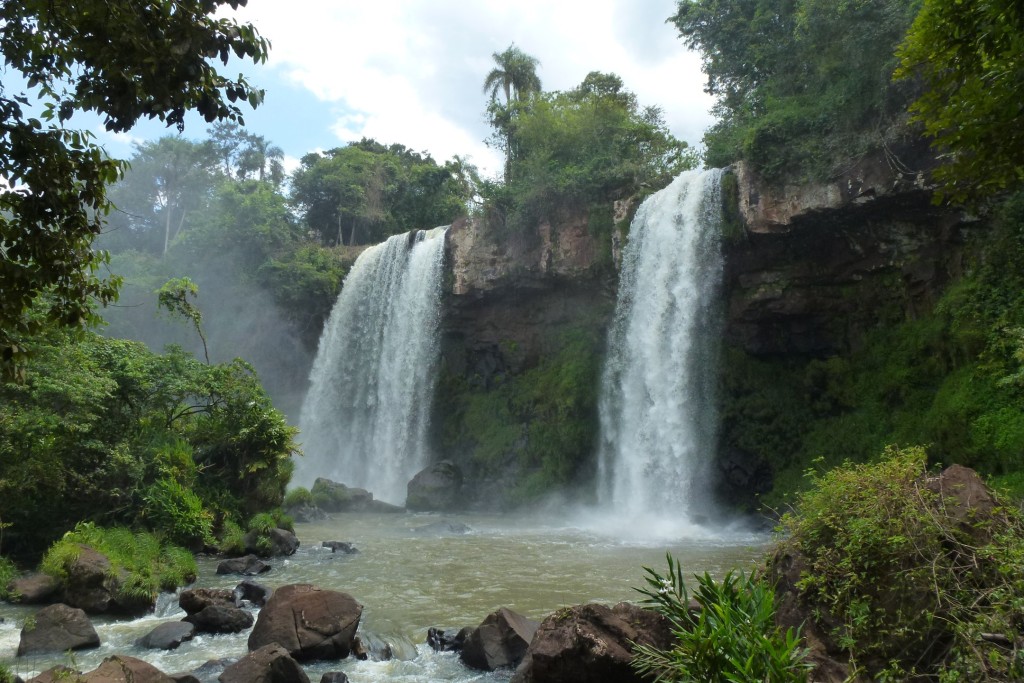 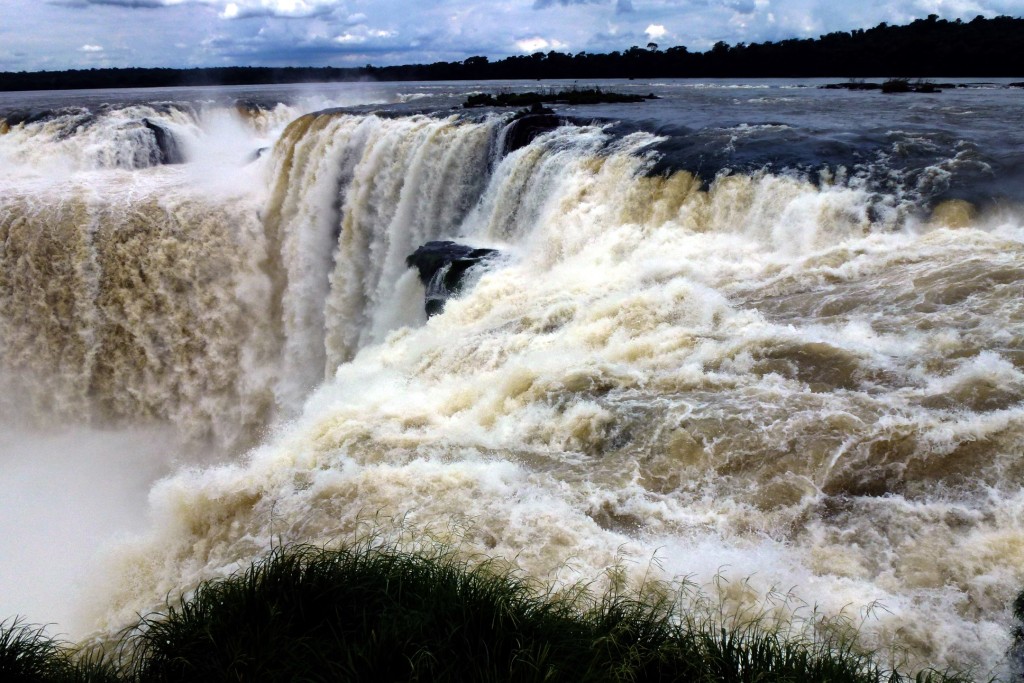 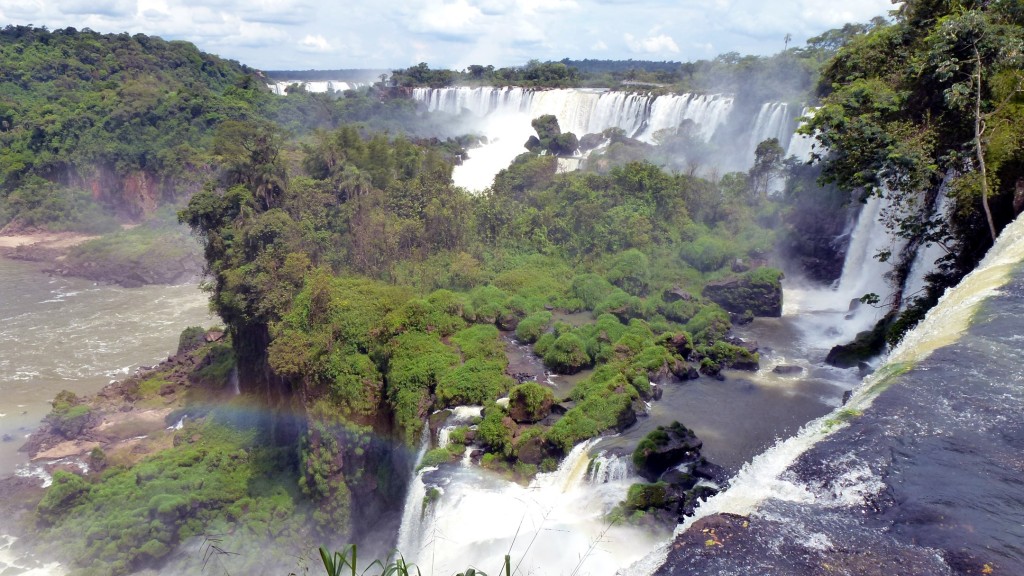 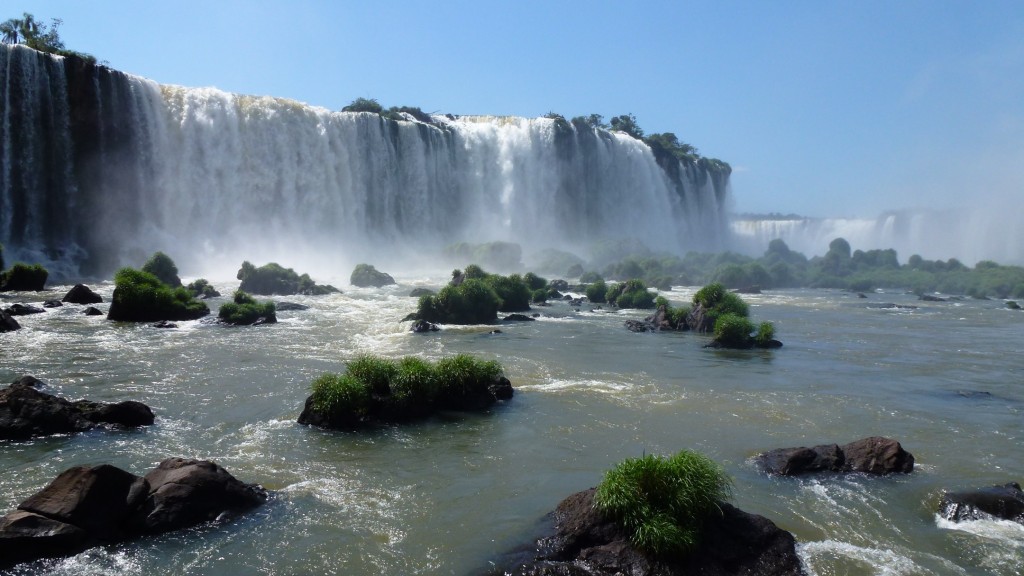