I arrived to Quito in rather comfortable circumstances; firstly, because my body that is used to the crammed spaces of cheap airlines of Europe could not stretch enough to reach any objects around on my flight to the city, and secondly because it really is a good feeling that after a few hundred flights there is still somebody who came and waited for me at an airport… I met Andrea in Peru in 2013 on the scenic train back from Machu Picchu to Cusco where I could not take my eyes off of her, and although she was very ill I kept on talking to her for an hour or two. I guess she was simply too sick to dodge it. After that, I invited her to Budapest when she was in Europe but our reunion did not happen at that time. But finally we met again, and in optimal circumstances – her brother was out of the house leaving an empty room for me and she was working as a freelancer with flexible free time, so she became both my kind host and my personal tour guide to the mainland of Ecuador. 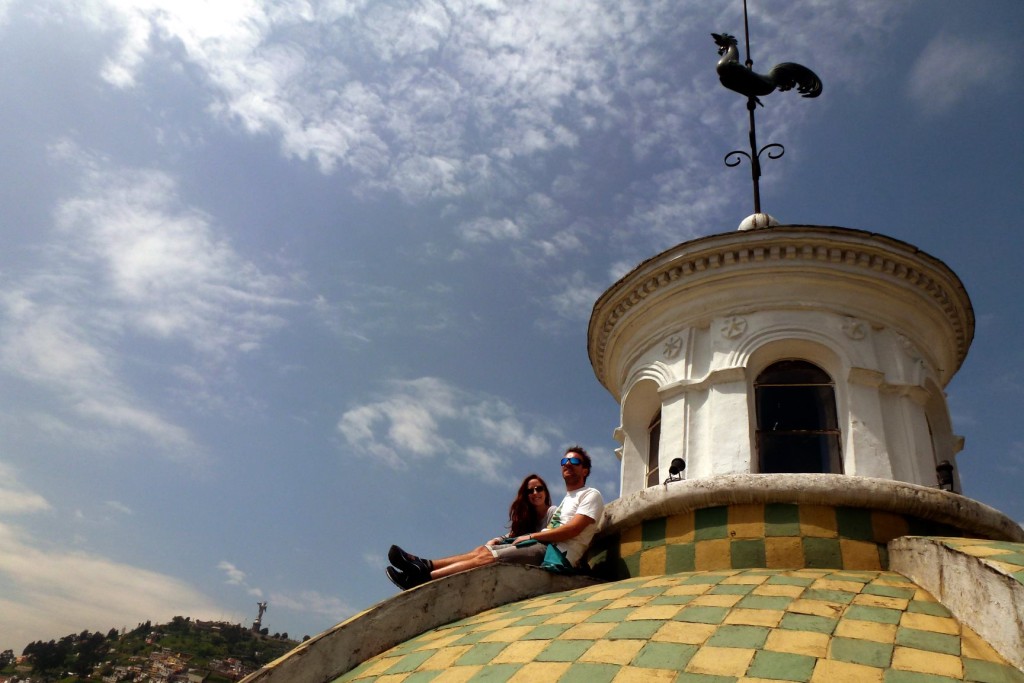 It was a fantastic feeling to wear a sweater in the city 3000m above sea level after weeks of unforgiving heat, even if it was only for short periods between the burn of the equatorial Sun. The historic centre is compact, colourful and full of interesting places – got me hooked on in a matter of minutes. I found it a lot more exciting than the rest of the South-American cities I visited so far. And there is the fact, that whichever direction you start off from the city, you will see mountains, which is fantastic for scenery but I guess a nightmare for city planners… And let’s not forget the volcanoes; there are more around Quito than bridges on the Danube in Budapest.

We visited all the important temples downtown and after seeing them you can’t help but wonder – if there is such an amount of gold left, how much could the Spanish have taken?! 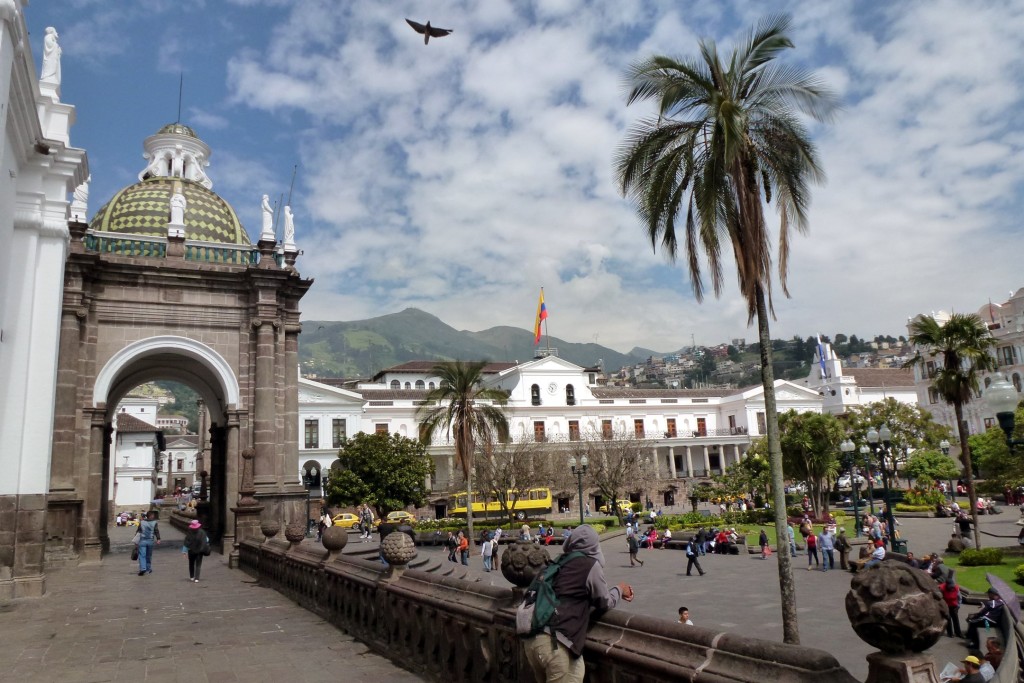 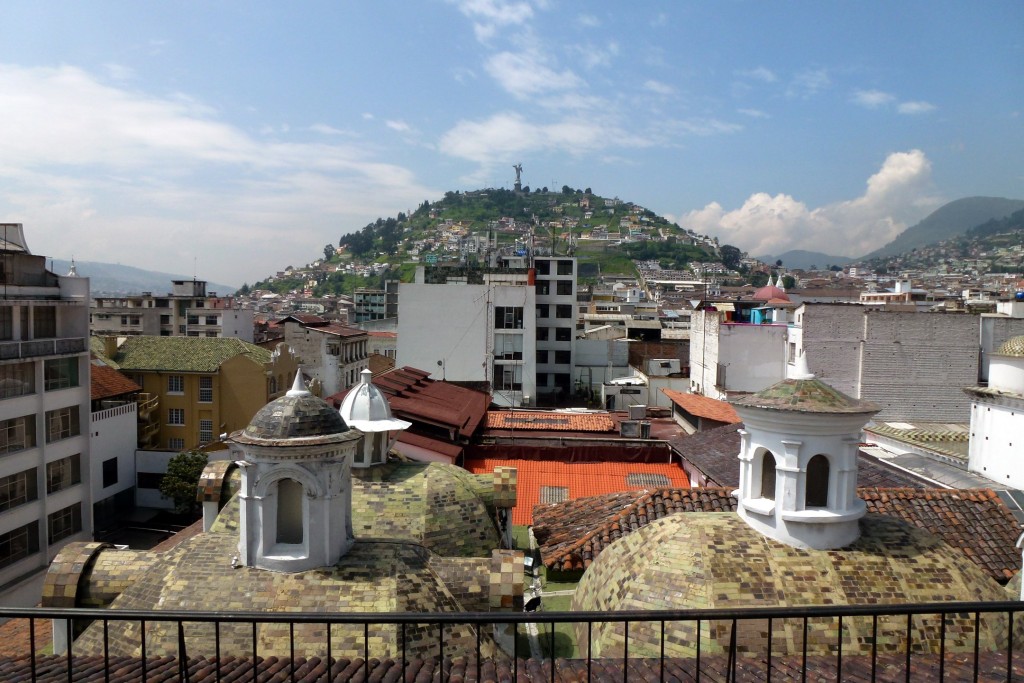 With the Virgin in the background 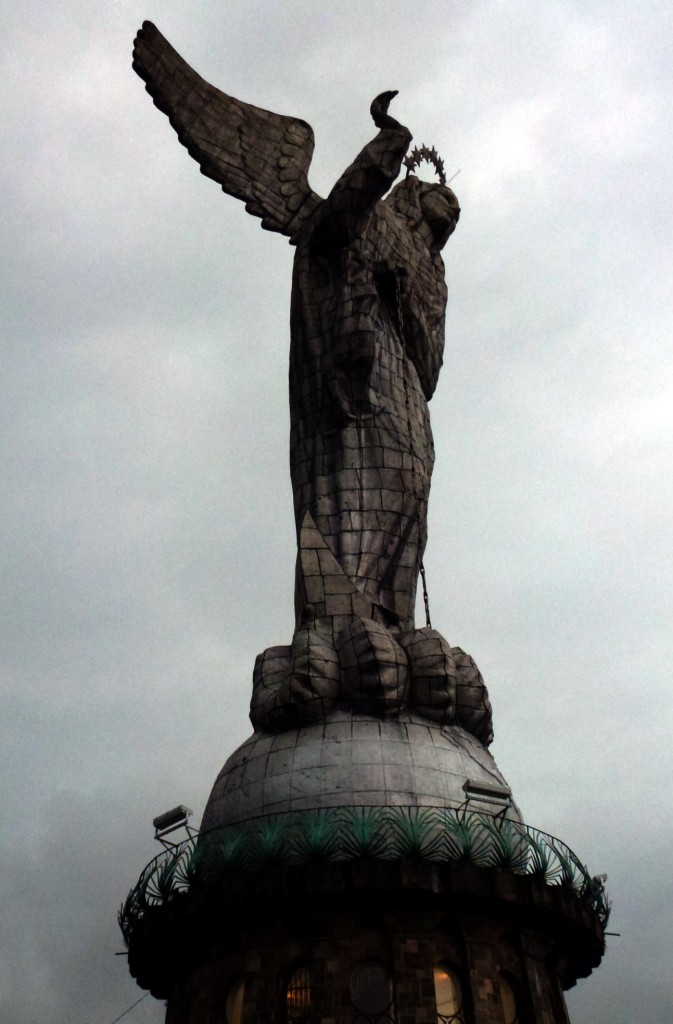 A short visit to the touristy places on the Equator is unavoidable, yet it is a classic South-American experience. The first, carelessly built a few hundred meters from the real Equator lacks any sense of concept – the fake red line, the lame pavilions with random exhibitions, Valentine-style decoration on the statues of historic heroes to mark the occasion, an entire village of souvenirs-shops and the oddly coloured hummingbirds as benches make no sense together. Surely the fact that I struggled with „crying flu” making it necessary to carry 100 pieces of tissues per hour didn’t help my mood, but still… I wanted to get out of the place soon after we arrived.

The other one, that is at least placed at the real 0°, carries through the concept of being an „attraction”, for better or worse. Regardless of the direct sunlight, the experience is shadowed by the tacky games that are, to put it simply, fake. There is one to show that you are stronger on the Equator (no, you aren’t) by a technique popularised by the Power Balance bracelets designed to deceive, and another „proving” the urban legend that water spins down a sink differently on the Southern and on the Northern hemisphere (not true either). Seeing how eager all the tourists were to swallow all of it, I even considered changing the name of the blog (no, I did not). The attractions are unmissable, but try to get there without being ill because you might end being as grumpy as I was, making even my angel of a tour guide having second thoughts about hosting me for the rest of the days. 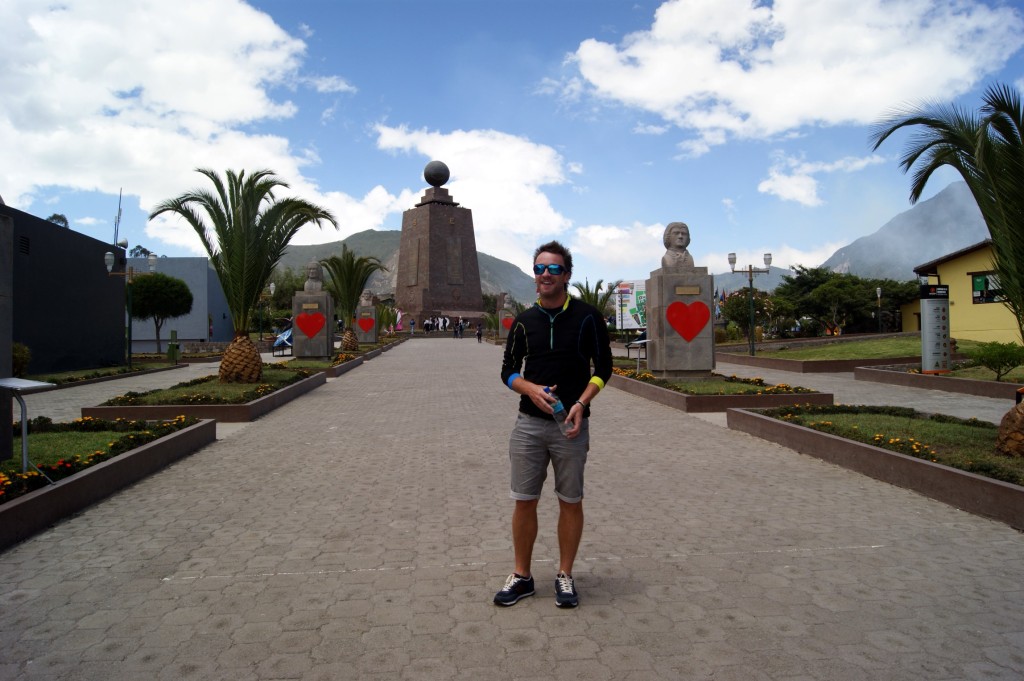 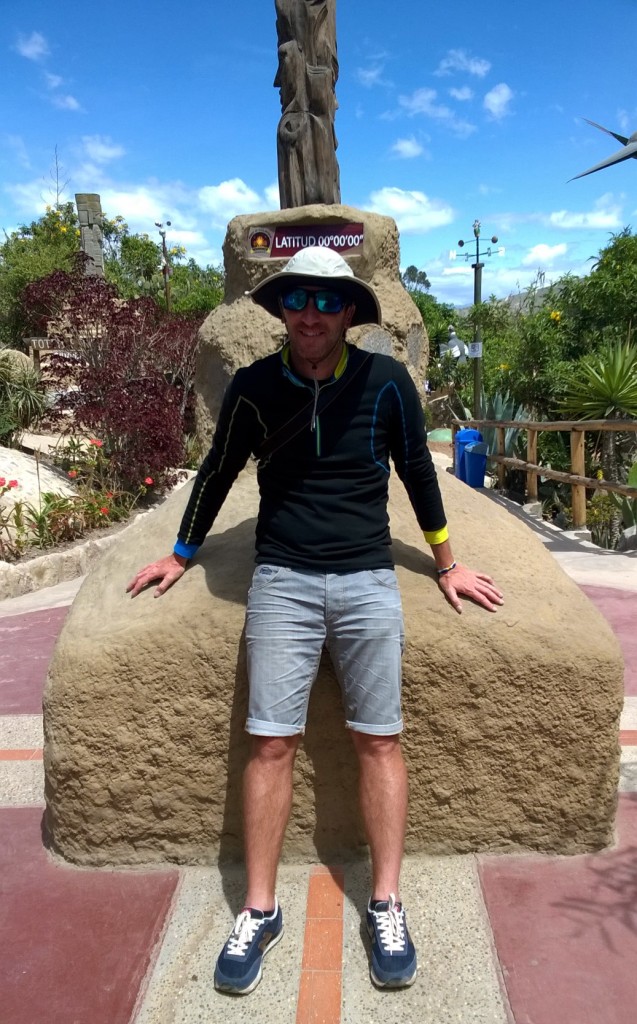 It is obvious that a country that bears the name needs a better attraction for the Equator, but until then… go to the museum of Guayasamín, his paintings will stay with you even after the memory of Ciudad Mitad del Mundo is long gone.